Why settle for the old ways of sweeping a flue?

Previously a client had only two choices when thinking of having a flue swept: the brush and rod or the line and ball methods. Both methods were stuck in the past, until now. They have been proved to be less than gentle to your chimney liner and its construction. Now there is a faster, cleaner, gentler and much more effective way of sweeping: power sweeping.

The older brush and rod and the line and ball methods have drawbacks. One is the friction caused by a brush pressing against the flue, especially an old one, which can cause damage. The up and down movement of the brush has been known, as all sweeps know, to dislodge parts of the wall of an old unlined flue, possibly weakening the chimney. Power sweeping is much kinder. The power sweeper acts much like a strimmer and cuts through soot and tar. Unlike the traditional methods, it puts no pressure on the flue, so it is much better for metal liners and older flues.

Neither of the older methods of sweeping are able to remove third stage tar from the inner liner, and using a scraper to remove second degree tar is slower and unreliable. The power sweeper, in contrast, removes all three tar deposits without damage to the liner.

When sweeping a square chimney, the brush and rod or line and ball sweeps into the corners, leaving soot and tar deposits on the sides of the flue. In contrast, with power sweeping the brush head expands to suit the flue you are sweeping, and it also centres itself.

Power sweeping also removes bird nests and other blockages with greater ease than the older methods. 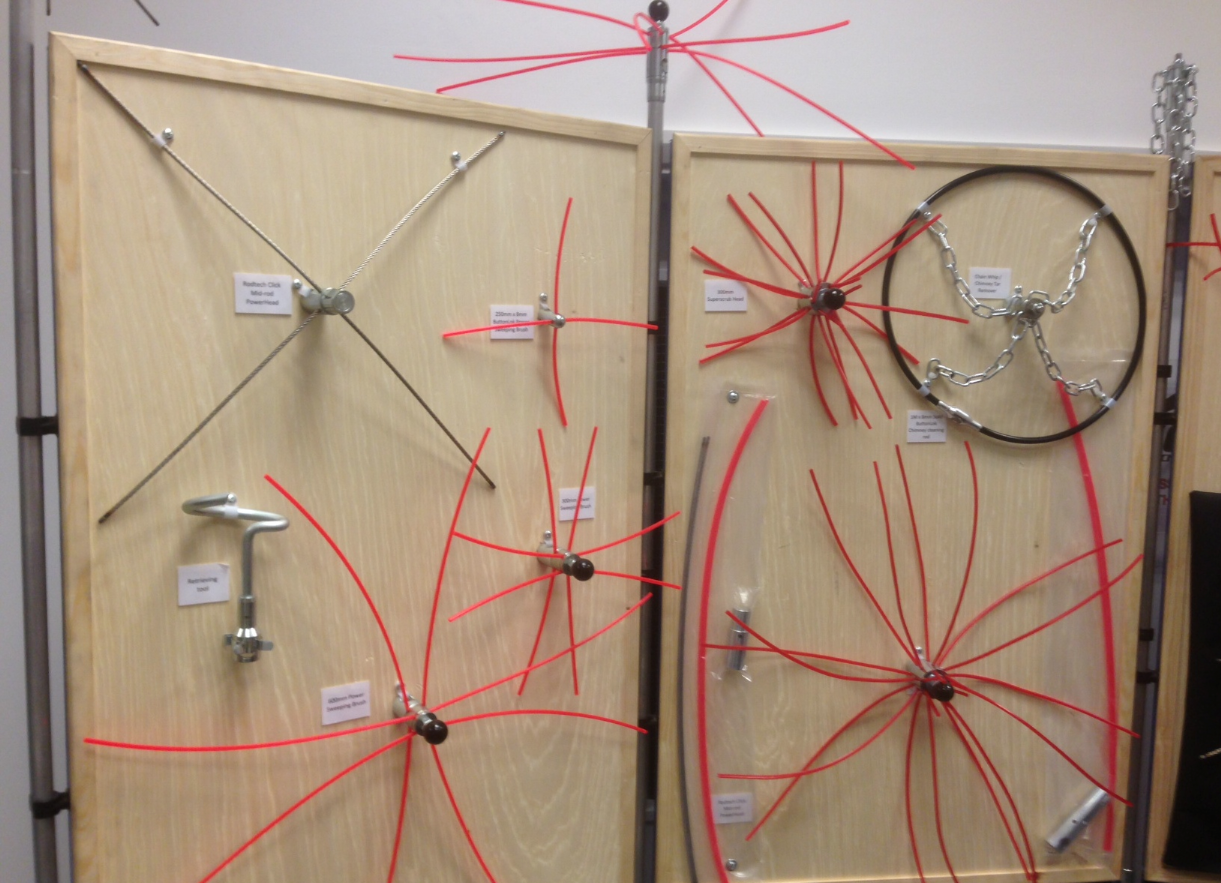